Diversity in Startups: When it Helps and When it Hurts

This contributed article was prepared by the authors in a personal capacity. The opinions expressed in this article are the authors’ own and do not necessarily reflect the views or position of Startup Genome.

A Professor of Management Studies at the Saïd Business School at the University of Oxford, Mari Sako is a scholar and teacher in global strategy. She also studies the impact of AI on professional services, and moderates the AI stream at Creative Destruction Lab (CDL) Oxford. 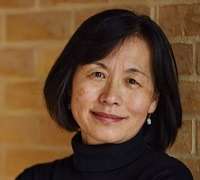 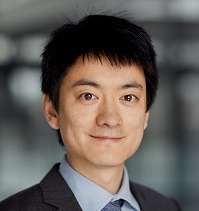 “Access to diverse knowledge is important at the very early stages of ideation and exploration.”

In entrepreneurial communities, “diversity is important to be successful ventures” is a deeply held pearl of wisdom. But the question is how to achieve this diversity. As one mentor recently commented, lack of diversity — in the traditional sense of gender or race and in terms of disciplinary specialisms — is a common theme among founding teams struggling to connect with mentors and investors. Is there scientific evidence that diversity is good and homogeneity bad, and if so from where should founding teams derive diversity? We investigated this problem by focusing on diversity in disciplinary specialisms, which we call knowledge domains.

Venture founders in very early stages look to mentors and accelerators to connect with a variety of contacts including potential clients, employees, investors, and even co-founders. For example, Entrepreneur First’s six-month program includes a step in which founders meet potential co-founders. With tech startups that are founded on an idea, often a scientific idea with a potential for commercialization, mentors play a crucial role in matchmaking. Often, this involves identifying people who have the knowledge and expertise that complement those of the founding team.

Moreover, according to a U.S. survey, venture capitalists, especially those investing in early-stage ventures, consider the founding team as the most important factor contributing to venture success or failure. While investors may look for clarity of thought, execution capability, ability to deal with adversity, etc., they also need to judge whether the founding team is uniquely qualified to solve a problem. We think that more is known about founders’ mindset and cognitive skills, and less is known about how their disciplinary specialisms come together in the early stages of venture growth to enable the team to grow and obtain funding.

Our research looked at the diversity of knowledge domains within and between different constituents. Specifically, we investigated knowledge diversity in founders’ ties to co-founders, their ties to other founders in the same ecosystem, and their ties to early joiners. Below, we raise three practical questions and answer them in light of this research.

Is Knowledge Diversity in Founding Teams Best for All Ventures?

No. Rather, it depends on the venture’s stage in the entrepreneurial process and its ecosystem location.

First, access to diverse knowledge is important at the very early stages of ideation and exploration before the founding team refines its product-market fit. Over time, knowledge diversity becomes less valuable as founding teams progress to strategy formulation and implementation. This is because rapid strategy formulation and execution require a shared understanding. Knowledge-similar founding teams — for example, a team with coders only — find it easier to achieve this than knowledge-dissimilar teams. In the latter, founders with different mental models need more time to deliberate and come to an agreement.

Second, consider how nascent or mature an ecosystem is. Knowledge diversity is important in nascent ecosystems, but it becomes less so as ecosystems mature. Imagine a location where you are one of the very first to set up a Fintech venture. In nascent ecosystems, the venture depends on being connected to many contiguous areas — finance, technology, regulation, business development, etc. — to establish itself in an ill-defined Fintech market. As the Fintech ecosystem becomes more mature, ventures might spend less time on exploration and knowledge-similar founding teams do well in focusing on execution.

One important source of diverse knowledge is via social ties to other people in the venture ecosystem. Our research looked at connections among founders in the same geographically bound ecosystem, for instance in London or in San Francisco. A founder is seen to be connected to another founder if they attended the same university or worked for the same employer. We also investigated whether each connection is between people of the same knowledge domain or different knowledge domains.

We found that ventures whose founders with more social ties grew faster. Being well connected is therefore a good idea in itself, and this is well known. However, we also found that ventures whose founders had more social ties to people in different knowledge domains grew faster. In other words, connections matter, but diverse connections matter even more. For example, having worked for the same company helps, but knowing another founder who had worked in different functions facilitates access to skills and expertise she does not have as a founder.

What Do Early Joiners Bring to Ventures?

The other important source of diverse knowledge is of course early joiners. Early hiring may help founders free up their time on functional activities, for example, business development, product architecting, financial planning, etc. The first hires may also bring expertise and skills that founders do not have. A scientist-only founding team without commercial experience can do with help from business development experts. In legal tech, a rapidly growing startup in San Francisco founded by two founders, both lawyers, engaged in waves of recruitment for coders and product architects as the venture grew.

In summary, here are some tips for early venture founders.

This helps you accelerate the process of articulating a clear value proposition, a narrative, and an overall strategy that all co-founders can buy into. Execution is also easier with a common understanding.

Mentors and accelerators help make connections, but often direct social ties — people you know from your past educational and employment history — yield valuable benefits for growth and funding.

Founders, of course, should also consider delegating part of their portfolio of tasks to early joiners.