Tech Entrepreneurship On The Rise In Oceania

This contributed article was prepared by Leigh Jasper in a personal capacity. The opinions expressed in this article are the author’s own and do not necessarily reflect the views or position of Startup Genome.

Leigh Jasper is currently the CEO of Saniel Ventures, and a non-executive director of SEEK Ltd, Salta Properties, Buildxact and the Burnet Institute. He was the co-founder and CEO of Aconex between May 2000 and August 2019, where he led global growth for Aconex, expanding the business into Asia, North America, South America, the Middle East and Europe. 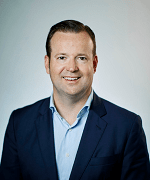 Proximity to Asia, ease of doing business, talent and a global mindset imposed by a relatively small domestic market are behind an increasing prominence for startup ecosystems in Oceania. More than 1,000 companies received an aggregate $2 billion in early stage funding between 2018 and 2020.

My hometown of Melbourne in Victoria has a rapidly growing ecosystem with 2,100 startups. In three years Victoria’s startup ecosystem has more than tripled in value to over US$7 billion. It employs roughly 40,000 people, with close to an 11% increase in jobs year-over-year between 2018 and 2020. Sydney, the capital of New South Wales, remains the largest ecosystem in Oceania, with more than 60% of Australia’s tech startups and half of Oceania’s early-stage funding and exit value.

Across the region, AI and Big Data are the strongest sectors, followed by Fintech and the related industry Blockchain. While comprising just 7% of startups, Fintechs are raising significant capital to support very high growth rates. Between 2019 and 2020, almost 80% of the $2 billion allocated to Australian startups was for funding rounds led by Victorian Fintech companies. However, Life Sciences remains Victoria’s largest sector in terms of density, accounting for 18% of all startups.

Fintech also dominates the region’s unicorns. They include Airwallex, a platform facilitating cross-border payments whose valuation has tripled in two years; and Judo Bank, a digital challenger bank that joined the billion-dollar-club in 2020. However our unicorns focus on a range of sectors, for example graphic design platform Canva, whose user base ballooned during the pandemic, and has just achieved a phenomenal valuation of $55 billion.

Between 2018 and 2020 Oceania saw more than 350 exits totalling roughly $8.7 billion. This year the market heated up. Jack Dorsey’s U.S. based Square announced in August that it was buying digital payments business Afterpay for $29 billion. Two months earlier A Cloud Guru, an online training startup founded by two brothers in Melbourne, was acquired by U.S. company Pluralsight for $2 billion, one of the largest tech deals in Australian history. In June, Sinch, based in Sweden, picked up SMS marketing startup MessageMedia for $1.3 billion.

Regional governments, meanwhile, have been investing heavily in entrepreneurship. Last November Victoria’s government allocated $186.2 million to LaunchVic, the state’s startup agency. The government also is investing in innovation more broadly with the $2 billion Breakthrough Victoria Fund to drive investment in translational research, innovation, and commercialisation. New South Wales recently announced the creation of a second Sydney Startup Hub. The first hub, opened in 2018, is home to around 500 startups and has attracted almost $300 million in investment. And the Australian national government is supporting startups through policies that include the R&D tax incentive.

Funding levels in Oceania have continued to increase, although there is a way to go to be on par with some of the world’s leading ecosystems. Specific attention to some of the issues around funding are being systematically addressed for example, those by Victoria’s government who are doing a lot of work through LaunchVic, to catalyse early-stage investment. The region is also attracting the eyes of global VC firms such as Sequoia Capital and Sapphire Ventures, which have invested in two Victorian unicorns: Airwallex and the employee-experience platform Culture Amp. In the 10 years since backing Atlassian, a Sydney-based software company, Accel Partners has invested in the HR Tech company Pyn and emarketing business Campaign Monitor, as well as in Victorian scaleup 99designs. Insight Venture Partners, Tiger Global and others have put money into SafetyCulture, the Queensland-based garage startup now worth upwards of $1.6 billion.

Venture capital is itself a growing industry in Oceania. Among the region’s own heavy-hitters are Blackbird Ventures, Brandon Capital Partners and AirTree Ventures. Home-grown entrepreneurs seeking to share their success and expertise with new founders include Paul Bassat, co-founder of the job-search platform SEEK, who now drives venture capital firm Square Peg, an investor in dozens of the best Australian startups. Investments by Craig Winkler, founder of accounting software company MYOB, helped build Xero, a New Zealand player in the same industry, into the powerhouse it is today.

Meanwhile, the pandemic has raised a tailwind for companies in several sectors. Victorian scaleup Mr Yum, for example, has seen a meteoric rise with a QR code menu app for the events and hospitality industry. Online health applications including booking services like HealthEngine and HotDoc have been instrumental in Australia's vaccine rollout. And in New Zealand, PredictHQ is flourishing. That’s no surprise: startups which are the embodiment of technology and entrepreneurial thinking are now at the forefront of helping businesses prepare for an uncertain future.