This contributed article was prepared by Amit Anand in a personal capacity. The opinions expressed in this article are the author’s own and do not necessarily reflect the views or position of Startup Genome.

Amit Anand is the Founding Partner of Singapore-based Jungle Ventures, which invests in and helps build tech leaders from South Asia. Under his leadership, Jungle, founded in 2012, has grown into one of the largest VC firms in the region, currently managing over $600 million. 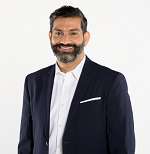 Venture money is pouring into South Asia, where tech companies have attracted more than $23.2 billion in the first half of 2021, a 150% jump over the same period last year. In one of the world’s most promising VC markets, tech titans grab headlines as they prepare for their public market debuts through traditional IPOs or mergers with special purpose acquisition companies (SPACs).

In the last few months we’ve seen 10 years of entrepreneurship, innovation, and investment come to fruition Among the events: Zomato listed on India’s stock exchange at a valuation exceeding $10 billion. Bukalapak raised $1.5 billion—making it Indonesia’s largest IPO ever—when it debuted on the IDX exchange. Singapore-based Grab, with a valuation of around $40 billion, is going public through a merger with the SPAC Altimeter Growth Corp. Victory Park Capital is the sponsor of the SPAC taking public Indonesia’s Kredivo at a valuation of $2.5 billion.

Sea Limited (Singapore), Zomato, and Bukalapak already have an aggregate market capitalization of more than $170 billion; and more than 10 other regional companies are in the IPO pipeline. With the successful execution of those listings at the intended valuations, South Asia’s tech sector will likely add more than $125 billion in market capitalization, for an aggregate $250 billion to $300 billion by December 2022.

At Jungle Ventures, we are pleased to see these advanced-stage listings. But what excites us most is the region’s robust pipeline. Today there are nearly 50 unicorns in South Asia. Large Indian companies such as Flipkart (majority owned by Walmart, last valued at $37 billion); PayTM (valued at $16 billion); and Byju’s (valued at $16.5 billion) lead the pack.

These nearly 50 unicorns currently possess an aggregate valuation exceeding $300 billion and continue to grow at 75% to 200% CAGR. Many plan to go public in the next two to three years. Even with conservative discounts to their valuation multiples, these companies’ fast growth positions them for very large IPOs. And if just 70% go public successfully, their aggregate market capitalization can easily cross the $600 billion mark as listed companies.

We estimate more than 100 additional companies, each valued between $250 million and $1 billion and growing rapidly, will soon become unicorns. And we believe a significant majority of those will be IPO candidates by 2025, with an aggregate market capitalization of more than $200 billion as they list.

As we look forward to the next five years, it is clear that this $1 trillion of value will establish South Asia as the third largest tech hub globally, after the United States and China. The resulting windfall and available capital for the ecosystem’s VCs and founders will drive value creation for decades to come.