How Latin America’s Startups Are Breaking Records
This contributed article was prepared by Florian Hagenbuch in a personal capacity. The opinions expressed in this article are the author’s own and do not necessarily reflect the views or position of Startup Genome.

Florian Hagenbuch is Founder and co-CEO of Loft, a digital real-estate platform in Latin America. In 2012 he co-founded Printi, Latin America's leading online printing marketplace, and eventually sold the business to Vistaprint. An active angel investor, Hagenbuch is passionate about entrepreneurship and advises a number of global early-stage companies. 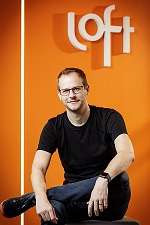 Latin America already is among the world’s most digitally active regions, with Internet usage exceeding that in China or India. Rapid acceleration in the pace of technological advancement feeds a proliferation of startups in industries including Fintech, e-commerce, and Real Estate.

Despite such challenges as poverty and social inequality, the region represents a giant market with enormous room for growth and advancement. Capitalization of the technology market in Latin America, as a percentage of GDP, is growing at 65% per year compared to 11% in the United States and 40% in China, according to a study by Atlantico VC. Latin American, and Caribbean tech startups, considered as a single startup ecosystem, are projected to reach $2 trillion in value by 2030, reports IDB Lab, the Inter-American Development Bank’s innovation arm.

Brazil is a particular hotspot with 13,000 startups: 20 times as many as a decade ago. Entrepreneurs have been taking advantage of its first-in-class ecosystem to raise $5.2 billion in the year-to-date through July 2021: surpassing all of 2020 and charting a record high for that country. São Paulo, Brazil’s largest city, is home to more unicorns than Seoul, Jakarta, Amsterdam, or Hong Kong. It has almost as many as Berlin and nearly twice the number of Austin and Miami combined, according to CB Insights.

Other dynamic hubs include Mexico City, Rio de Janeiro, Bogotá, Buenos Aires, and Medellin. Santiago is known as “Chilecon Valley” for its outreach to global entrepreneurs and other startup-friendly policies. Even Uruguay, which rarely figures on the world stage given its small size, last year spawned a unicorn: the Fintech dLocal.

Fintech is the dominant sector, corresponding to—among other factors—a large population of unbanked and under-banked consumers and the strain that e-commerce has placed on disproportionately cash-based economies. Healthtech also is showing strength, with companies like Mexico’s Sofia and Brazil’s Alice raising significant rounds during the pandemic.

Many of the region’s fastest-growing companies target industries with the largest and most-lasting impacts on people’s lives. Real Estate, a vast industry late to the digitization game, is Latin America’s second largest startup sector, according to Statista.

Loft, the São Paulo-based company I co-founded in 2018, became a unicorn within 18 months of launch, raised $525 million in its Series D earlier this year, and has become one of the world’s largest platforms for buying and selling residential real estate. We did this by bringing transparency and reliability to a historically opaque and relationship-driven industry.

The opportunity is immense. Today, Latin America accounts for just 4% of global early-stage funding. But that is changing rapidly as the global investor community’s enthusiasm for the ecosystem grows. The region is attracting some of the most well-respected names in early-stage funding and beyond. Companies that are doubling down on Latin America include D1 Capital Partners, DST Global, Tiger Global Management, Baillie Gifford, CPPIB, Advent International, and Silver Lake.

And the recent wave of later-stage companies such as Nubank, Brazil’s digital-banking giant; and Rappi, a delivery service based in Colombia, is fueling international investors’ enthusiasm. They demonstrate that Latin America has a lot to offer beyond the seed stage, where it has traditionally attracted the few foreign investors drawn to the region.

The explosive growth in foundings, fundings, and financial success stories proves that Latin American’s startup ecosystems have hit an inflection point. The market is huge. The winds of digital change are blowing more strongly than ever. This is just the beginning.

Scaleups Will Take Over Latam