How To Divide Founder Equity

This contributed article was prepared by Thomas Hellmann in a personal capacity. The opinions expressed in this article are the author’s own and do not necessarily reflect the views or position of Startup Genome.

Thomas Hellmann is the DP World Professor of Entrepreneurship and Innovation at the Saïd Business School, University of Oxford. An internationally acclaimed entrepreneurship scholar and educator, he also leads the Creative Destruction Lab at Oxford. 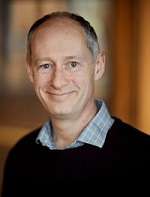 Before investors and others take their stakes, startup founders must structure an agreement to divide the original founder equity. This is not only a legal necessity but also provides the foundation for a successful founding team.

There is no preset structure for such an agreement. Typically founders talk, look each other in the eye, and shake hands. Yet crafting such an agreement is not business-as-usual. Rather, it is a deeply personal process that requires assessing the relative worth of each founder. Also the agreement will have long-lasting consequences. How, then, should founders approach this first critical test of how well the team works together?

Is Equal The Same As Fair?

The biggest temptation is to settle quickly on an equal division of founder shares. Equal splits are simple, transparent, and many say they are fair. But are they, really? What if some founders are full-time and others part-time? What if some give up lucrative jobs, and others do not?

Noam Wasserman and I analysed the division of founder equity in 1,367 high-technology startup teams. We found that 32% of teams chose an equal split. Furthermore, 42% made the agreement within one day. We call this the “quick handshake.”

Is A Quick Handshake Best?

Of the startups we studied, 78% raised outside funds. Teams that split founder equity equally were less likely to raise money than those that forged more complex agreements. The question was, why? Do equal splits complicate fundraising? Or are they a symptom of some deeper problem?

We noted a strong positive correlation between equal splits and quick handshakes. The teams that split both equally and quickly had less success raising funds. That was not the case for teams that chose an equal split after lengthy negotiations. This suggests that the underlying issue is actually the quick handshake, which implies a reluctance to face difficult cofounder conversations.

Do Initial Deals Ever Change?

In a separate study with Paul Schure, Chloe Tergiman, and Dan Vo, we used data from startups in British Columbia, Canada, to examine founders’ stakes over time. We wanted to see how their relative stakes evolved. We observed that teams that chose an equal split at the start were less likely to change relative founder stakes. Such changes typically happen when companies raise outside capital; they are most common with larger rounds and companies that have lower (industry- and stage-adjusted) valuations. That suggests investors can exert considerable pressure on founding teams to recalibrate their relative ownership stakes.

So, discussions about relative equity stakes are hard but have long-lasting consequences. Founding teams, then, should focus on two key questions: when and how?

When Is The Right Time?

Veikko Thiele and I developed a framework for deciding when to divide founder equity. Settling the agreement early creates clarity but risks founding a venture with the wrong people. Founder conflicts are one of the leading causes of entrepreneurial failure. So there may be a benefit to waiting.

Waiting too long, however, carries risks of its own. Lack of an agreement creates uncertainty and may undermine team commitment. Moreover, one of the founders could walk off with the idea to start the venture alone or with others. Consequently, potential co-founders should first assess team fit and determine who contributes what. After that, they should finalize the agreement.

How To Structure The Negotiation?

To facilitate the negotiation, Marco Da Rin and I developed a practical five-principle tool:

Define who is on the team. This clarifies who is and is not part of the negotiation.

Evaluate what each founder contributes. It is important to listen and to appreciate what value each founder brings to the table.

Account for backgrounds and opportunity costs: Team members may have different qualifications, be at different career stages, and sacrifice different compensation packages and professional opportunities.

Compensate implicit financial contributions. Founders put resources into the venture, directly and indirectly. They may also ask for different salaries. Some mechanism is needed to recognize those considerations.

Our tool also demonstrates how to convert a verbal discussion about the five principles into a numerical proposal for splitting equity. It isn’t always necessary to allocate all the founder equity upfront. Instead, founders can structure dynamic arrangements where stakes are earned over time. This makes stakes responsive to ongoing commitment and performance.

A quick handshake on an equal split is rarely the best way to structure founder equity. More nuanced, flexible arrangements will better support the team. Most importantly, difficult conversations upfront lay a strong foundation for the journey ahead.

Accelerators: To Join Or Not To Join?