Accelerators: To Join Or Not To Join?

This contributed article was prepared by Sandy Yu in a personal capacity. The opinions expressed in this article are the author’s own and do not necessarily reflect the views or position of Startup Genome.

Sandy Yu is an assistant professor at the University of Minnesota’s Carlson School of Management. Her research examines the impact of startup financing from sources such as venture capital, accelerators, and crowdfunding. Her work is supported by the Kauffman Foundation and the National Science Foundation. 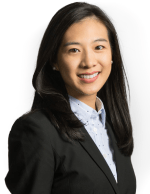 Accelerators appear to be an attractive option for startups because they offer support, expertise, and connections many entrepreneurs need. However, how much value do they really offer? And are they right for you?

I set out to investigate the impact of accelerators on startups’ fundraising, exits, and longevity. This study was challenging for several reasons. Founders have different motivations for participating in accelerators; and accelerators themselves have different structures and goals. In addition, these programs offer a variety of benefits, including education and training, mentors, and investor networks, which can make it difficult to isolate the source of an “accelerator effect.” However, by comparing startups that go through an accelerator against very similar startups that do not, I could start to answer more precisely questions about these programs’ effectiveness.

My research drew data from 1,800 startups. Half graduated from 13 highly regarded accelerators across the United States. The other half are matched, non-accelerator startups founded in the same year and location, with similar founding teams, and—most importantly—similar business descriptions. I also looked at startups rejected in the final stage of the accelerator interview process: those that had almost participated. The goal was to determine how an accelerator might have affected company performance. Here are some takeaways:

Generally, no. On average, accelerator startups raise less money than do their non-accelerator counterparts. With all the hype around these programs, that sounds like a surprising result. But keep in mind that there is a cost—in the form of equity—to join an accelerator. Founders with more resources in terms of funding, mentors, and networks are less likely to pay that cost. Consequently, accelerators are more likely to attract less-experienced founders who expect greater value from their willingness to sacrifice equity. As a result, their startups will likely raise less money in the long term. How much less? My research found accelerator startups raised $9 million dollars less funding across an average of three years after graduation than did their non-accelerator counterparts.

That does not mean you will raise less money if you join an accelerator. Only that a company very similar to yours that decides against joining one likely has more resources, and that may enable it to raise more money.

It depends. Accelerator startups fail more often and faster than do their non-accelerator counterparts. Their chances of going out of business are 150% higher, and they tend to close within one year after Demo Day. Furthermore, accelerator companies that shut down will have raised less money at their time-of-exit.

But that is not necessarily a bad thing. Those findings suggest accelerators help founders realize sooner rather than later that their startups—in their current form—are not viable. They do this through feedback: for example, from mentors, partners, and cohort-mates. Shutting down is often beneficial to the founder because there is an opportunity cost to pursuing a zombie startup rather than cutting one’s losses. Interestingly, those accelerator startups that remain operational are more likely to be acquired, which can be a successful outcome.

What Advantages Do Accelerators Offer?

From a policy perspective, accelerators can be a very good thing. The typical format of an accelerator can encourage founders to experiment, get feedback, and rapidly iterate. Given the short duration of such programs and the relatively small amount of seed investment offered, they are a low-cost way for participants to test their ideas—and also their desire to be entrepreneurs at all. Regions that want to increase entrepreneurship may find accelerators are just what they need.

What Should Entrepreneurs Consider?

Accelerators are not one-size fits all, so think carefully about what you want from the experience. Know that participating in an accelerator does not automatically lead to more funding and/or better performance. If you are unsure about your idea or lack a trusted network to provide feedback, then an accelerator may help you fail fast and, hopefully, fail forward onto your next idea.

The Government As An (Effective) Venture Capitalist