How Startups Can Build Sustainable Ecosystems

This contributed article was prepared by Yann Lechelle in a personal capacity. The opinions expressed in this article are the author’s own and do not necessarily reflect the views or position of Startup Genome.

Serial entrepreneur, Yann Lechelle, is CEO of Scaleway, the leading Platform- and Infrastructure-as-a-Service provider in the European Union. He is an advisor, angel investor, and a strong advocate for the tech ecosystem in Paris, where he is a co-founding member of France Digitale and HUB AI Paris, as well as an Entrepreneur-in-Residence at INSEAD Business School. 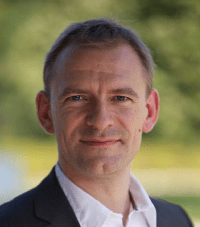 Thanks to the rise of Cleantech and the climate crisis, much attention has been paid lately to the health of the Earth’s ecosystems and the natural cycles that provide us with healthy water, air, and soil. But it’s not just our natural environment that depends on processes of renewal and reinvestment, so do startup ecosystems.

A Healthy Startup Ecosystem Is Built Over Generations

Just as soil is enriched by the lifecycle of the many organisms that grow in it, a startup ecosystem is nurtured by the lifecycle of companies within it—a process that is driven by the recycling of entrepreneurs’ time, effort and venture capital money. From time to time, a statistical rarity, founders will re-invest in promising ideas and people after exiting their companies successfully, when doing an IPO or going through a merger & acquisition. A new generation of founders uses this recycled capital and mentorship to flourish, and the cycle is repeated.

In older ecosystems this cycle has repeated itself many times — Silicon Valley has had at least seven generations of founders — while younger ecosystems are still building up a strong ‘soil’ of knowledge and capital. In Paris, where I have worked for much of my 30-year career in tech, the ecosystem has had just three generations of entrepreneurs behind it. The more often entrepreneurs recycle their money and time within a local ecosystem, the richer it becomes (in nutriments, to keep with the soil analogy).

That’s why I always encourage founders, particularly those located in younger ecosystems, to think about sustainability — both their own and their ecosystem’s — when considering their goals and their company’s trajectory.

I admit this is slightly schizophrenic. Startups run on optimism and grand ideas, and no one ventures into a tech company unless they have world changing ambitions. Entrepreneurs thrive on moonshots and do well by dismissing nay-sayers or realistic goals..

On the other hand, looking at the statistical distribution, one quickly sees that most entrepreneurial endeavours end up short and go bankrupt, leaving many entrepreneurs in disarray and burnt out. Many factors come into play, such as the dreaded product-market fit that often does not materialize. Financial support in successive funding rounds is an art and not a science that depends on exogenous factors out of the entrepreneurs control. Sometimes the technology or the market is simply not ready for even the best ideas to take off — think of all the social networks that fizzled out before Facebook.

Founders should understand that ecosystems exist at different stages of development, and market opportunities often depend on luck and timing. While you should dream big, ambition should be balanced against eco-systemic sustainability. Selling or rather “recycling” your business before it reaches global scale isn’t a failure; it both shows the flair to read the moment and recycles talent, money, and skills back into the ecosystem. Founders and their ecosystems end up richer and healthier in the long term when entrepreneurs understand that maximum benefit comes through steady, multi-cycle development rather than one exceptional and unlikely hit.

The strongest companies — and the strongest ecosystems — are built by founders who can hold two contradictory ideas in their minds at the same time: they can both dream of building the next trillion dollar company that will change the world as we know it, and keep in mind the long-term health of both themselves and their local ecosystems. Take it from a 5-time founder and exiter of non-unicorns, a career in entrepreneurship often advances in cycles, and so does the growth of ecosystems. Sometimes the best way to win big in the long term is to factor in eco-systemic sustainability now.

How To Divide Founder Equity