This contributed article was prepared by Paul Ark in a personal capacity. The opinions expressed in this article are the author’s own and do not necessarily reflect the views or position of Startup Genome. 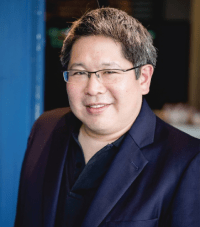 Tech investors less familiar with the Asian hemisphere will find it easier to view the region’s various startup ecosystems from the perspective of domestic-market size. On one hand there are countries such as China and India, each with a home market of well over a billion people. That is sufficient for startups to achieve global scale even before extending beyond their home borders. Then there are the 10 countries that comprise the Southeast Asian market, also known as the Association of Southeast Asian Nations (ASEAN). Collectively, the regional ASEAN market is 660 million strong: larger than the North American, South American, or European markets. But each individual market consists of 100 million people or fewer. Also, there is signficant diversity of cultures, languages, religions, and levels of tech savviness and digital infrastructure development.

Between these two categories of ecosystem, China and India continue to attract the lion’s share of venture capital, accounting for about two thirds of Asia’s total funding. That is due to their vast consumer markets, rapidly growing economies, and development of global enterprises. Combined, China and India account for over a third of the world’s population: two-thirds reside within a few hours’ flight time. China and India also boast growing numbers of unicorn startups and are among the fastest growing markets for smartphone penetration, 5G technology roll-out, and smart cities development (especially China).

Prior to the pandemic, tech entrepreneurship in both countries was on a tear, with Chinese tech startups peaking in 2018 at almost 80% of Asia’s total and India’s peaking in the first half of 2020 at almost 30%. Chinese venture funding dropped by about 40% in the first half of 2020 but has since recovered completely, while India, in contrast, was hit badly by the Delta variant. Total venture funding into Indian startups in the first half of 2021 dropped almost 50% compared to last year. Both markets boast a large number of local and global venture capital funds, ranging from traditional institutional funds to impact funds to corporate VC funds.

However, with the government’s crackdown on consumer technology and promotion of a Deep Tech ecosystem independent of U.S. technologies, Chinese venture capital is shifting to sectors such as semiconductors, Healthtech, and Cleantech. India is playing catchup with China, investing heavily in consumer sectors such as grocery, food delivery, Gaming, and Edtech. Elsewhere in Asia, the pandemic has accelerated digital transformation in conservative markets such as Japan, formerly dominated by face-to-face meetings and use of hanko (stamps) for approval. There, software-as-a-service has taken off.

Turning to Southeast Asia, the region boasts an unusually attractive investment profile that combines developing world demographics (lots of young people) with developed world wealth and education. Also, its more than 660 million people represent a sizable economic bloc. But the region comprises 10 countries, 10 languages, and a wide diversity of cultural, historical, and religious backgrounds, making it challenging for startups to carve out a sizable, homogeneous market segment.

Startups in the ASEAN region attract money from a balance of global, regional, and local funds. There are plenty of Asia-originated funds with sizable assets under management and global operations or fund mandates. Well-known global players like Sequoia and 500 Startups also have a presence across the region.

Health, environmental, and social/political crises have heightened awareness around the broad spectrum of sustainability and ESG activities. That, in turn, has accelerated investment in already growing areas such as digital banking, Edtech, and Healthcare, which promise to alleviate or tackle the effects of such crises or disruptions. Startups in those industries are not just digitizing services but also extending them to people who previously lacked access. Entrepreneurs are targeting agriculture, food logistics, and alternative proteins. Another area of focus is the circular economy: technologies that make secondary use of materials through recycling or reprocessing and consequently reduce the waste going into landfills and oceans, much of it in Asia. Other startups are developing technologies that reduce the carbon footprint either through decarbonization or carbon capture/sequestration, especially important as air quality has declined to hazardous levels in Asia’s capital cities in recent years.

Most ASEAN governments are very supportive of startups, some having even established government ministries to develop their local ecosystems. Singapore has been the most aggressive in this respect. Among other things, the Singaporean government set aside $300 million last year as part of an initiative to catalyze investment in Deep Tech startups. It has long implemented friendly policies to spur development of local startups and venture capital funds as well as to attract foreign entrepreneurs and VCs. That said, many ASEAN governments still have a ways to go to reduce the regulatory burden on startups and VC funds and to create conditions amenable to the same explosive growth and development of local startups present in more established tech ecosystems. Among other actions they must further ease entry and residency for foreign talent, streamline processes for starting and closing businesses, and establish more flexible termination and severance policies and creative non-cash compensation schemes.