This contributed article was prepared by Ifeyinwa Ugochukwu in a personal capacity. The opinions expressed in this article are the author’s own and do not necessarily reflect the views or position of Startup Genome.

Ifeyinwa Ugochukwu is a Lawyer and the CEO of the Tony Elumelu Foundation, the leading philanthropy empowering young African entrepreneurs from all 54 African countries. She is a passionate advocate of the transformative power of entrepreneurship as the key to the economic development of Africa. 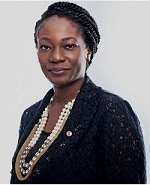 Africapitalism is an economic philosophy developed by leading investor and philanthropist Tony O. Elumelu that emphasizes the private sector’s role in Africa’s advancement. In 2020, despite the ravages of a pandemic that pushed the continent into recession, the catalytic impact of entrepreneurs continued to deliver a much-needed economic transformation.

That transformation has been gaining ground since Kenya began developing its Silicon Savannah around 2007. Our own organization, the Tony Elumelu Foundation, which was created to empower entrepreneurs, has received just under a million applications for our flagship entrepreneurship program in that time frame. Our engine room, TEFConnect.com, is the largest online platform connecting the entire African entrepreneurship ecosystem. It is where the magic happens: application, training, mentoring, marketplace, community pages, and investor forum. It is arguably the most ambitious youth-focused pan-African entrepreneurship program on the continent. To date, we have disbursed over $45 million directly into the hands of more than 10,000 young entrepreneurs from all 54 African countries as non-returnable seed-capital investment. These entrepreneurs have gone on to generate 400,000 direct and indirect jobs.

Although funding fell dramatically at the start of the pandemic, startups in 2020 raised $1.1 billion in 319 VC deals, according to the African Private Equity and Venture Capital Association (AVCA). That is a record and more than twice the number in 2019. The first half of 2021 looks even better, with startups raising $1.19 billion, according to data from BFA Global. That is more than the first halves of the last two years combined.

Yet scaleups remain in short supply here in Africa. Fewer than 20 companies are valued at $200 million or more; and Africa has just four unicorns, of which three are from Fintech and the other from ecommerce. Foreign investors dominate funding for all four unicorns, a model pervasive throughout the continent. Foreign investment plays an outsize role in African startups, with more than 40% of VC deals over five years originating in North America, according to AVCA.

Governments, eager to improve their legal and regulatory frameworks to support tech entrepreneurs, are introducing legislation providing things like tax incentives, streamlined processes, and one-year-leave periods for entrepreneurs with the right to return to their previous jobs. Tunisia led the way in 2018 followed by Senegal. Nigeria, Rwanda, Ghana, Kenya and other countries are working on their own versions.,

Among the tailwinds lifting Africa’s fortunes is the establishment last year of the African Continental Free Trade Area, a new market with as many as 1.3 billion people and GDP of $3.4 trillion, according to the World Bank. The integrated trade area favors both startups with multi-region focuses and Fintech companies that are helping to resolve cross-border payment and related issues.

But Fintech isn’t the only area that African startups are innovating, as our foundation’s alumni network demonstrated during the pandemic. A TEF entrepreneur in Sierra Leone developed a foot-powered hand-washing system for small communities, which was endorsed by the government. Another alumnus, in Madagascar, created an eco-friendly, low-cost soap gel that does not require rinsing with water, which helps the country’s poorest residents. In Ghana, a Tony Elumelu Foundation entrepreneur launched a rapid Covid-19 test that incorporates symptom assessment, result updating, and location tracking: information that can be pushed to public health authorities.

These kinds of innovations, developed in a period of duress and in some of the world’s most difficult business terrain, attest to the brilliance, resilience, and innovativeness of Africa’s entrepreneurs. With a supportive business environment, sufficient seed capital, and tech-centric up-skilling, they will produce outstanding results with sustainable impact at all levels of society.