The Government As An (Effective) Venture Capitalist

This contributed article was prepared by the authors in a personal capacity. The opinions expressed in this article are the authors' own and do not necessarily reflect the views or position of Startup Genome. 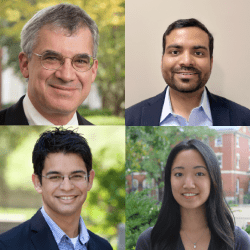 Government industrial policy traditionally targeted manufacturing. In recent decades, however, governments around the world increasingly have focused on innovation and the “knowledge economy,” which translates as interest in tech startups. Public efforts to boost financing for such early-stage ventures—one mechanism that has been in use for years—expanded dramatically after the onset of the COVID crisis. Tens of billions of dollars were allocated to support entrepreneurial firms and venture funds across major industrialized nations.

The interest of policymakers in funding startups is understandable. Financial intermediaries in the private capital markets, especially venture capital firms, drive innovation and economic dynamism in the United States and, more recently, in China. But deciding which young, high-growth businesses to fund and if (and when) to refinance them is often difficult, given the many uncertainties surrounding new opportunities. The financing of these firms requires significant expertise, which public officials may lack.

Highly effective governments, we thought, might seek to correct such deficiencies by collaborating with private capital markets. To find out to what extent that was happening and also the results, we assembled the first comprehensive, detailed data set on the universe of such programs. Our data set comprised 775 national-level entrepreneurial finance programs in 66 countries operating between 1995 and 2019. The programs focused on financing domestic startups or intermediaries that fund them.

Our research found the overall scale of such efforts is large. Between 2010 and 2019, government entrepreneurial finance programs around the world averaged a cumulative annual budget of $156 billion. That compares to $153 billion in average annual global disbursements by traditional venture funds.

Our analysis also found that more private venture activity was associated with a subsequent increase in government financing. Moreover, when VCs increased investment in particular industries in a country, government funding programs targeted those industries as well.

Governments frequently structure such programs in three ways. They may involve private-sector actors in screening potential investments. They may fund intermediaries rather than directly fund companies. And they may require firms to raise matching funds from private investors before committing public funds. In addition, government programs were even more likely to rely on private capital markets when targeting earlier-stage companies, where the kind of judgment challenges noted above may be greater.

Overall we found that more-effective governments—as measured by scores computed by the World Bank and other observers—were likely to involve the private sector to a greater degree than less-effective ones. Collaborating with private funders may have increased those governments’ abilities to head off problems.

Collaboration with the private sector also boosted innovation, an examination of U.S. patent filings shows. Across all innovation measures we examined—for instance, patents closer to the scientific frontier or those by new patentees—we found a meaningful improvement following the initiation of government funding programs. Those improvements were particularly concentrated among programs that targeted early-stage ventures or required collaboration with the private capital markets.

In short, governments can play an important role in supporting early-stage tech companies. But there is an important caveat: don’t do it alone.
Next article