Why It’s Time to Invest in the Blue Economy

The opinions expressed in this article are the author’s own and do not necessarily reflect the views or position of Startup Genome.

John is Chairman and CEO of CFFI Ventures Inc., a diversified holding company with a portfolio that includes financial services, renewable energy, and the tech sector. He is also the Chair of Northern Private Capital, Chair of MDA Corporation, and Chair of World Energy, as well as a Director of Futurpreneur Canada and Chair of Canada’s Ocean Supercluster. 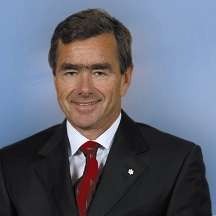 “We can’t support energy transition, satisfy the world’s growing appetite for protein, move goods internationally, and change attitudes towards our use of the oceans without engendering respect for how we interact with and treat this incredibly important resource."

It is not an easy time to be an optimist. Inflation, rising interest rates, war in Europe, and fears of a recession are all conspiring to cloud the outlook for investing generally. While the urge to run for cover is prevalent and not an unreasonable reaction, it would be a mistake. There are always opportunities in any economy, and that is particularly the case in the global Blue Economy.

Why is that? A number of factors are in play, including a late but aggressive response to the need for sustainability, a similarly late but also aggressive response for the need for energy transition, and a general recognition the world’s oceans have been an overlooked global resource for too long. They have been abused, taken for granted, misunderstood, and generally not recognized as an explicit new economic force. That is changing, and it’s about time.

A Vital Part of the Energy Transition

The Blue Economy can be defined as the exploitation, preservation, and regeneration of our oceans and their resources. However, it’s a fair estimation that most people would zero in on the two very important components of preservation and regeneration, and that focus misses the equally important opportunity around exploitation — the sustainable development of our oceans. We can’t support energy transition, satisfy the world’s growing appetite for protein, move goods internationally, and change attitudes towards our use of the oceans without engendering respect for how we interact with and treat this incredibly important resource. One of the most significant ways in which we can accomplish such goals is to engage the oceans forcefully in energy transition.

The International Energy Agency believes that in order to reach net zero by 2050, wind will be required to provide 16% of global energy supply. That is more than nuclear, oil, and natural gas (with carbon capture), and just slightly less than solar. Here in Canada, wind currently accounts for just 5% of our electricity generation, an even smaller fraction of total energy. The world looks at Canada as having significant oil and natural gas reserves and tremendous hydro power assets, but not as a natural home for wind energy. However, Canada has the potential to be a leader in this area. The best wind resources, for the most part, lie offshore. And those which can be most economically and practically exploited are close to shore. Yet Canada has the world’s longest coastline but not a single offshore wind farm. That is about to change.

The numbers are staggering and, as is often the case with estimates of huge numbers, can vary. But whatever the specific number, this remains true: hundreds of billions of dollars will be invested in the development of offshore wind energy in the coming years. Some of this will be used to connect to existing grid infrastructure to help move away from reliance on fossil fuels. And some will be used to make hydrogen so those electron molecules can be shipped around the world to where the energy is needed. Canada is a natural home for a big slice of this investment.

What will help make this so? It’s not just the strength or the abundance of the untapped resource that Canada naturally has. It is just as much the ocean-related skills we have developed and continue to develop in our broad-based ocean economy. We came to life as a sea-faring nation and those skills are still alive today. We have globally significant ocean-based research institutions, healthy wild seafood and aquaculture sectors, an important offshore oil resource, and — most importantly — a quickly emerging ocean tech sector spread across all areas of the ocean economy. This includes data collecting, autonomous at-sea operations, digital twinning, and ocean-floor-based expertise. These are all critical and contributing assets to the development of fixed and floating offshore wind.

Canada’s Ocean Supercluster (OSC) has been a key part of building this infrastructure. The OSC’s role has been to financially support and help catalyze the generation and commercialization of ocean-based research using a deeply collaborative model. It has fostered engagement among big and small commercial interests and among a range of sectors, many of whom have not worked together previously. Bringing fishing interests together with offshore energy interests is just one example. This model is ideally designed to also encourage the development of an offshore energy hub that will be incredibly important to Canada and to energy transition globally.

More than ever before, the world is looking to the Blue Economy to help drive a more sustainable future for our planet. Working together, and bringing the health and productivity of our oceans together as one single priority, we are not only addressing the future of energy, food security, shipping, and other challenges but also generating significant economic value and making important contributions to net-zero ambitions in the process.