This contributed article was prepared by Amal Dokhan in a personal capacity. The opinions expressed in this article are the author’s own and do not necessarily reflect the views or position of Startup Genome.

Amal Dokhan is an investor and ecosystem builder based in Saudi Arabia. She has managed multiple startup and corporate accelerators in Saudi and beyond leading thousands of entrepreneurs and innovators to commercialize their ideas and access the market. 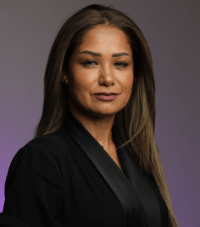 The vibrant startup ecosystem in the Middle East and North Africa (MENA) is a function of its status among the world’s most digitally connected regions. Around 88% of MENA’s population goes online daily, the World Economic Forum reports, and 94% owns a smartphone. Digital consumption is similarly high in some individual countries. Saudi Arabia, for example, ranks seventh globally in social-media engagement, with an average of seven accounts per individual.

This dynamic moment is just the beginning of a growth era. MENA has experienced a massive surge in both startup numbers and the size of funding opportunities. Companies are at all stages of the startup cycle, with many at the pre-seed and seed stages but also an increasing number at series A and Series B, as well as a few acquisitions. Startups have received more than $2 billion in investment in 2021, including some international financing.

In May 2021, capital deployed in MENA had doubled year-over-year, according to startup data platform Magnitt. Saudi startups dominated: they raised 40% of that month’s capital through five deals. VC investments were up 761% over May 2020. At least seven companies have exited this year, with the rate of exits growing. And startups from ecosystems in new countries are joining the scene all the time.

Covid accelerated the rise of some sectors. For example, Healthcare benefited from increased demand, highlighting its value to consumers. The insurance sector also rode this wave.

In one megadeal this summer, Kitopi, a cloud kitchen startup, raised $415 million. The company, based in Dubai, has experienced year-over-year growth of 300%, breaking yearly, half-yearly, and quarterly funding records in 2021. That is a testament to the huge interest in the food and beverage industries. The remarkable rise of investor appetite for cloud kitchen startups, specifically, began in 2020 and 2021 as restaurant owners were pushed to close their front-of-house operations and users were forced to order-in during lockdowns What started as a pandemic pain point is becoming a tech- and data-driven wave across emerging venture markets.

In other sectors, Swvl, an Egyptian green mass-transit company based in Dubai, went public through a SPAC in July in a deal valued at about $1.5 billion. SoftBank Group has made its first investment in a Saudi Arabian company, leading a $125 million financing round for customer-communication platform Unifonic, which provides cloud-based software to send automated messages. Unifonic also flourished during the pandemic as businesses used it to send single-use passwords and shipping updates to customers. The company processed 10 billion transactions last year, charging a small fee for every message sent.

Governments, meanwhile, are introducing reforms to create more startup-friendly environments across MENA. They want to support a region full of entrepreneurs who are pushing the boundaries to global scale.

Startup Culture on the Rise in Palestine