This contributed article was prepared by Frans Nauta in a personal capacity. The opinions expressed in this article are the author’s own and do not necessarily reflect the views or position of Startup Genome.

Frans Nauta is founder of ClimateLaunchpad, the world's largest green business competition, and the founder and program director of Faculty of Impact, a Dutch academic program for researchers to turn their climate research into a business. He is also European VP for RedoxBlox, a thermo-chemical battery startup. 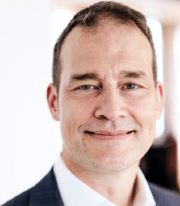 After COP26, there is a lot of pessimism meeting the Paris goal of limiting climate change to 1.5ºC. However, given the success of wind and solar energy and EVs, I argue that we can be optimistic. All we need to do is put in place frameworks that embrace policy-led innovation. An algorithm for green growth can be deciphered from the spectacular success of wind, solar, and EVs.

Four decades ago it seemed very unlikely that wind and solar would be the cheapest forms of energy in most places in the world. They were named “alternative energy”, implying that they would stay hippie dreams forever. Solar panels were expensive, and wind turbines were a hobby of rich and tiny Denmark.

Even as recently as 2007, the nonprofit arm of Google started a project to search for competitive alternatives to coal. It was called RE>C, and even at that time it seemed a fool’s errand. Today, the world is a very different place. In 2020, around 260 GW of renewable energy was added to the grid — more than 80% of all new electricity capacity.

The same story is playing out for EVs. Sales growth of EVs in 2021 will be around 80%. Norway will be the first country where over 50% of new cars will be electric. Every major car manufacturer is now focussing on bringing as many EVs as possible to the market as fast as possible. In the process, more than €300 billion has been invested. And all of that happened in less than 10 years.

These breakthroughs in wind, solar, and EVs are not freak accidents, but the result of intelligent policy. Let's unpack these examples a bit and see if we can discern some design principles.

The growth of Wind, Solar, and EVs

In the 1970s, California, the Netherlands, and Denmark started experiments with wind energy. The drive was not climate change, but less dependence on fossil fuels after several OPEC oil boycotts.

By the mid 1980s, California and the Netherlands had abandoned their efforts. Denmark, however, kept going. The nation provided funding for research, generous subsidies for companies developing and deploying wind turbines, and smart ways to get citizens involved through crowdfunding. It turned its Northsea oil giant Dansk Oil og Natural Gas into Ørsted, the global powerhouse for offshore wind farms.

Thirty years of policy support created a scalable industry that has realized massive cost reductions. Wind was the first climate tech that realized the goals of RE>C, but of course Google had nothing to do with it.

Solar started out as a very expensive niche technology for military satellites. It went mainstream in the early 1990s, when Germany developed its 1,000 roofs plan, which subsidized photovoltaic systems. Later that decade, the country expanded the concept in the 100,000 roofs plan. The German feed-in tariff created the stable market conditions needed for entrepreneurs to take risk. And with every jump in scale, the cost for consumers went down. Since 1978, the price of solar panels has decreased by 99.5%.

California has supported the advent of zero-emission cars for decades. It started in 1990 with the Zero Emission Vehicle program, and was later supported with the Clean Vehicle Rebate Project. It created the trampoline for Tesla. The company was founded in 2003, and its first car went on sale in 2008. In 2009, Tesla received a $465 million government loan to develop its next car, the Model S. By 2014, this model had outsold the Mercedes S-class, the BMW 7 series, and the Audi A8 in California combined.

An Algorithm for Green Growth Through Seven Design Principles

We can distill seven design principles from the examples of solar, wind, and EVs. Together, they form the deployment-led innovation framework.

All these successes rewarded deployment over experiments and pilots. The policies were designed to get real products into the hands of real customers. That’s what Germany created with their feed-in tariff — it rewarded entrepreneurs and intrapreneurs over university researchers.

Imagine it as a 1,000 labs program instead of a 1,000 roofs program. Many things would have happened at universities, but with much less practical impact, and with much less scale. New industries are built by action-oriented people, by entrepreneurs. The lesson is to design policies that put sales to customers at the center, not research.

A long-term perspective is crucial for new markets to develop. Entrepreneurs and investors will only enter the market if they can see an opportunity for more than 10 years, and an industry track record of even more than 10 years is needed to access capital from Wall Street and European banks and pension funds. Once there is predictable risk, a new industry can access capital at much lower interest rates — it’s a big part of the explanation for the rapid cost decline of offshore wind, for instance. And the only way to have a big impact is through those huge pools of capital.

To boost the influx of corporations and startups into a new market, it helps to reduce barriers to entry. The Dutch government has dramatically reduced the cost for companies to bid on tenders for offshore wind farms. It provides all of the relevant location research data publicly, at no cost, to anybody who considers a bid, and provides grid connections at sea. Similarly, Germany has reduced barriers to entry for wind and solar by making it quick and easy to get permits.

The first solar panels, wind turbines, and EVs were bought or leased by early adopters. But early adopters take a risk. Will the wind turbine perform as promised? Is the company selling me this solar panel going to be around in three years to solve a problem under warranty? What will be the value of my Nissan Leaf in five years?

One way to reduce risk is through loan programs for new products. A second way is to make sure that infrastructure is up to speed — Norway and the Netherlands subsidized the installation of EV chargers, for instance. A third way is to give early adopters the VIP treatment. In Amsterdam, early EV owners could request a charging station in front of their house. The city would install it for them and give the owners a parking permit to boot, circumventing the waiting list.

It’s not a coincidence that the biggest and best education programs and wind energy research groups in the world are at Danmarks Tekniske Universitet. The Danish wind cluster is a finely tuned ecosystem of big companies interwoven with supply chains, research groups, education programs, test sites for next generation turbines, dedicated policy departments at ministries, and industry groups. Amazingly, this tiny country of 5.5 million people is still the world’s leading producer of wind turbines.

Startups are the turbo booster for deployment-led innovation. They supercharge change in industries by threatening existing players. The threat of Tesla achieved what 30 years of policy couldn’t: it turned the car industry green.

For startups to flourish, they need a mature and rich startup ecosystem with plenty of investment funds, a good legal setup (IP, stock compensation, bankruptcy laws), infrastructure (incubators, accelerators), and easy access to university research and talent. Good government policy is crucial to creating such environments.

7. Play to your strengths

The last design principle is that countries and regions should play to their strengths. Wind? Denmark makes sense. Off-shore technology? What better place than the Netherlands, being 35% under water already? EVs? Silicon Valley is the best place to create a computer on wheels.

Germany is certainly not the country with the highest photovoltaic potential, and China won the race for the production of solar panels. However, what Germany does really well is engineering. A lot of the equipment that is used to produce solar panels is still dominated by German companies, even though most of the production is happening in Asia.

Climate Tech: The Biggest Economic Opportunity of the 21st Century

Solar, wind, and EVs have created millions of green jobs and generated billions in revenue. On top of that, millions of people get to breathe cleaner air and these technologies have prevented gigatons of CO₂ emissions.

We're going to need a lot of innovation to create the clean industries of the future, and it may take 30 or 40 years, but all economic sectors will eventually have to go zero carbon. Many see it as an unsolvable political problem, but looking at it through an economic lens, the transformation to zero carbon is the biggest economic opportunity of the 21st century.

This brings endless possibilities for climate tech entrepreneurs. In this complete transformation of the global economy, some countries and regions will embrace and lead the change. They will grow into the next Denmark and Germany, becoming global leaders in climate tech and attracting motivated talent from across the globe that want to join the mission. The deployment-led innovation playbook is ready for the next chapter.

In Search of the Elusive Political Entrepreneur