In Search of the Elusive Political Entrepreneur

This contributed article was prepared by Matt Toner in a personal capacity. The opinions expressed in this article are the author’s own and do not necessarily reflect the views or position of Startup Genome.

The former deputy leader of the British Columbia Green Party, Matt Toner is a serial entrepreneur and partner at Vancouver’s Shred Capital. 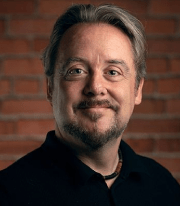 When we talk about making change at scale, we tend to think of entrepreneurs — sometimes socially-motivated, more often business-minded, most often technology-driven. We lionize these people with descriptors like “risk takers” or “game-changers” or “creative” or “persuasive” or “decisive.” There’s never been a better time to own a black turtleneck.

But no matter how heroic, these entrepreneurs can only impact one part of the solution set. Other entities provide the necessary education, capital, research, and infrastructure to enable innovation. Jeff Bezos once said that Amazon wouldn’t exist without the US Postal Service.

So clearly, there is an ongoing, active, and compelling role for politicians and policymakers. But you might not think that by listening to VC-Twitter or even popular discourse.

In those spaces, when people talk about those operating in the public sphere, they tend to use descriptors like “bureaucratic” or “risk averse” or “dogmatic.” We often ascribe much of their motivation to either a rigid adherence to party discipline or a laser-like focus on their re-election prospects.

But are politics and entrepreneurship actually antithetical? Hopefully not. And if we are going to create an innovation ecosystem that can successfully combat encroaching climate change, we need political entrepreneurs as essential allies and facilitators.

As entrepreneurs from the private sector, we need to work with, inform, and empower our political counterparts. But how do we recognize them?

There is an old joke that runs something along the lines of “How can you tell if a politician is lying? His mouth is moving.” So when we choose who to work with, we need to be discerning.

The 10 traits listed below are the hallmarks of a political entrepreneur. These have been developed by looking at number of real-world indicators, in particular the success of the so-called Sun Kings of Germany, who drove a 7x increase in that country’s solar capacity, and, in contrast, the Green Party of British Columbia, Canada, which bobbled the ball when it held the balance of power in a split provincial parliament.

Remember that the goal of the game is to quickly gain and deploy political capital to drive change. Political entrepreneurs who are equipped to do this are likely to have the following qualities.

1. They are recognized for their subject-matter expertise

They come to public life, possibly with some trepidation, after making an impact in another sector. They are recognized as “the energy expert” (as was the case with Germany’s Hermann Scheer) or “the IPCC guy” (as was the case with British Columbia’s Andrew Weaver). This gives them a different perspective from what we might expect from a career politician.

It may also give them a little more drive and determination to use their position to be an agent of change. Also, unlike many other career politicians, these people have other careers to go back to should their political role not work out.

2. They are able to stay in their lane and build credibility

Once elected into public life, there is no shortage of bright shiny things to distract the politician. But time is the most scarce resource for an entrepreneur, and those in politics recognize that retaining their focus over the short-, medium- and even long-term is what will give the stature needed to champion change.

3. They are neither a member of the party elite nor a back-bencher

Political entrepreneurs don’t view their time in office as a goal unto itself. Working into ministerial succession requires a rather different sort of ambition, one that runs counter to undertaking the kind of risky work that is required.

4. They are ready to work across party lines to build networks of allies

This aptitude is essential, especially for any politician interested in actively confronting climate change. Grant and Tilley undertook a comprehensive study of 347 elections in 32 countries over 45 years and found that green parties simply do not govern.

But where they have been successful, green politicians have developed a well-deserved reputation as credible legislators. This may be a uniquely valuable form of political capital that can be used to provide cover for green-minded politicians in the major governing parties.

5. They are unimpressed with party dogma, political operators and established norms

To be an entrepreneur of any stripe, a person has to have enough curiosity and competitiveness to eschew convention. If you want to exploit disequilibria, define a new market, evangelize a new idea — and cast down an established giant or two along the way — you need to enjoy coloring outside the lines. And there are a lot of lines in politics. This isn’t to say that political entrepreneurs aren’t highly skilled operators — in fact, it is an essential trait to avoid being outmaneuvered, outgunned, or cast out.

6. They are shrewd enough to value gaining traction over ribbon cutting

It is sometimes said that you are entitled to your own opinion but not your own data. Startups are expected to be data-driven because this basis provides guidance that is likely to be unequivocal. Political entrepreneurs understand this too, and the idea of an MVP must be a natural part of their DNA.

7. They are detail-oriented and ready to personally follow through

Time is always going to be at a premium for the political entrepreneur. But their ability to stay detail-focused and follow through are essential.

Radical change already faces opposition from entrenched interests within the ranks of government, the bureaucracy, and sometimes a person’s own political party. Unless the political entrepreneur shows the attention to detail necessary to lock in their innovation, it can be quickly undone by overt action or quietly nipped by a thousand cuts.

In British Columbia for example, one of the Green Party’s signature policy planks — the creation of an Emerging Economy Task Force intended to create a culture of innovation within government — fell apart on the launchpad because elected members failed to provide the ongoing monitoring to ensure that it was properly documented, staffed, implemented, and executed.

8. They are ready to be judged by results rather than take cover in committees or commissions

This one might be the most interesting litmus test of all. While committees and commissions can be essential tools for accomplishing meaningful change, they can also be highly effective ways to demur from taking real action and instead merely be optics of change.

9. They are aware that timing is everything

Like their counterparts in the private sector, political entrepreneurs understand the importance of timing. There is a different cadence to their work, and they need to be ready to move with speed. A lot can be accomplished in an objectively short window, as demonstrated by the German Sun Kings, who were able to turn their initial idea into a policy breakthrough in less than two years.

10. They are conscious of their limited lifespans in the public sphere

Finally, a political entrepreneur knows that they need to seize the day. There’s always an election looming, in which — unlike private sector entrepreneurs — their capital could suddenly and permanently expire.

All this is to say that if we entrepreneurs, investors, innovators, and venture capitalists are serious about launching initiatives to slow climate change — and COP26 shows that we must — we need to expand our networks one degree further. We need to include those like-minded and energetic people in policy and politics, regardless of their political stripes. We need to work with those who are risk-takers and game-changers, who are creative and persuasive and decisive, and, in their own ways, entrepreneurial. Because they remain an important piece of an otherwise unsolvable puzzle.