This contributed article was prepared by Fred Walti in a personal capacity. The opinions expressed in this article are the author’s own and do not necessarily reflect the views or position of Startup Genome.

Combining his experience as an entrepreneur with a passion for clean technology, Fred Walti is the founder and CEO of Network for Global Innovation and the co-founder of Los Angeles Cleantech Incubator. 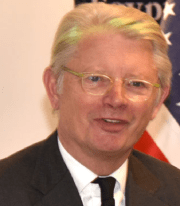 If we are to slow climate change in time to save our planet, we need to learn fast, innovate faster, and commercialize the needed technologies at the speed of light. How do we do that? By connecting communities of climate tech entrepreneurs, so that they can learn from each other and better support their local ecosystems. In practical terms, this means being able to connect innovative companies with the customers who need their solutions, no matter where each resides. It means building a global, connected investment network that is geographically agnostic.

The challenge of slowing down climate change requires an extraordinary blend of local and global thinking. Communities must be empowered to develop and commercialize their own solutions because doing so is cheaper, faster, and more likely to succeed. Porting in solutions developed halfway around the world most often doesn’t work, especially in developing countries. Yet, each community of climate tech entrepreneurs can’t operate in a vacuum because that makes things slower, more expensive, and less effective.

We developed the Los Angeles Cleantech Incubator (LACI) and then connected it to climate tech communities around the world to learn from each other’s mistakes and successes. From this experience, we developed a framework of common factors for successfully building a climate tech innovation ecosystem. Today, the Network for Global Innovation (NGIN) shares this experience and applies its framework to build a global support system for climate tech entrepreneurs, so that each of them has a shot of making a meaningful contribution to the climate emergency.

Ten years ago, few ecosystems for climate tech entrepreneurs existed anywhere. Yet, climate tech entrepreneurs needed the same kind of support systems that had been serving software entrepreneurs for decades — probably even more so given the special challenges facing climate tech. So, in October 2011, a small group of entrepreneurs launched an incubator in downtown Los Angeles’ eroding industrial zone. It was focused on the “hard stuff” — the deep technologies that needed to be invented, developed, tested, piloted, and produced to make the dream of a green economy a reality. Located far from Silicon Beach and the glamor of media startups, LACI started out in a bus repair garage with two people and one mantra: “For Entrepreneurs, By Entrepreneurs.”

LACI’s early years were focused on creating and refining core business assistance practices to aid Cleantech entrepreneurs. Early programs included an investor-like vetting process, coaching by entrepreneurs in residence, an early emphasis on both investment and customer acquisition, an ever-growing advisor and mentor network, peer learning, and guidance on corporate governance. All of this was wrapped in an easy to use plug-and-play co-working space and located alongside a garage to assemble products.

These efforts created community-wide results. LA became the largest green economy in the US, if not the world. More Cleantech entrepreneurs were starting their businesses there, and underserved populations including women and people of color were given a chance to make their contributions. In six short years, LACI delivered over $625 million in long-term economic value to the City of Los Angeles, and LA became ranked as the #6 tech startup ecosystem in the world by Startup Genome.

The entrepreneurial spirit is thriving in every corner of the world, but not everywhere has a thriving ecosystem to support its entrepreneurs. Many of the markets that need Cleantech innovation and commercialization do not have well-developed ecosystems to support development in their home market. A number of factors contribute to this, including cultural aspects (not all countries have a history of entrepreneurship), lack of knowledge (using best practices), and the embryonic nature of the Cleantech market itself (thus not generating the resources to develop and sustain an ecosystem).

To address this gap, NGIN is working with organizations, cities, and countries to strengthen their ecosystems. NGIN’s Innovation Ecosystem Model provides its members and partners with a framework for building innovation-driven economies for cities. The model identifies the seven core elements necessary to create a high-performance innovation hub and the methods in which they must interact.

NGIN’s mission is to build robust climate tech communities and connect them to attack climate change simultaneously, on a global scale. Today, we are assisting communities from West Bengal to Brisbane in harnessing innovation to build their green economies while connecting over 24 countries on almost every continent. Our members include cities, incubators, accelerators, universities, technology parks, global NGOs, and early-stage risk investors.

Building communities of entrepreneurs in places that don’t have them today is critical to slowing climate change in every corner of the word. Using best practices learned from more developed countries is a cost effective and time-saving approach. Yet, that’s simply not enough. We need to connect innovation centers to learn from each other, to collaborate on projects together, and to reduce friction for their young innovators to take their products across borders. More muscular entrepreneurial communities that are connected to each other in real time will slow climate change in our lifetime.

The Opportunity That Corporations Can't Afford to Miss