"New Zealand’s dynamic startup ecosystem is positioning our entrepreneurs to meet global challenges and deliver economic and social impact with record investment into early-stage markets in 2021." New Zealand offers entrepreneurs a strong sense of community, a business-friendly regulatory environment, and a high-quality lifestyle. Both the startup ecosystem and broader community are value-driven and focused on sustainability. Auckland is a particular hotspot for startups, with 50% of New Zealand’s tech employees located there, according to NZTech. Technology is New Zealand’s second largest export sector, and ICT exports grew 23% between 2020 to 2021. It recently got easier for international tech workers to move to New Zealand — in December 2021, the Government updated immigration rules to make it possible for the sector to recruit 600 specialized workers from overseas.

New Zealand has historically been capital-starved, but recent moves by the government and foreign investors have significantly increased access to early-stage funding. The Elevate Fund, established in 2020 by New Zealand Capital Growth Partners, has invested approximately $150 million into six VCs — only engaging in deals that also include outside investors. 2021 delivered record growth for the number of deals completed and the amount of capital invested. Early-stage investors provided funding of $257 million, across 174 deals, representing a 63% growth in funding compared to the previous year. The median deal size for follow on investment increased from $769k to $1 million. Early-stage investors are increasingly focused on Deep Tech, which received 41% of startup investment ($106 millon), across 33% of deals.

A January 2022 market analysis by Gartner Group forecast 7.4% year-on-year growth for ICT in 2022, led by enterprise software and devices. Auckland-based PredictHQ, which provides businesses with demand intelligence to understand the impact of events, has raised $33.5 million over three rounds.

The New Zealand government has allocated more than NZ$50 million towards lowering agricultural emissions, developing a national farm planning system, and helping farmers meet freshwater and greenhouse gas requirements by 2025. The 2035 Oceania Summit scheduled to be held in October 2022 in Auckland will discuss how agrifood tech innovation and on-farm applications can help address the challenge posed by climate change. Farmote Systems, a maker of a pasture management system for dairy farms, has raised $926,600 in funding over three rounds.

With one of the longest coastlines in the world, at 15,134 kms, New Zealand has ample opportunity for Blue Economy startups. In June 2022, Oceans and Fisheries Minister David Parker outlined plans to grow the aquaculture sector to NZ$3 billion in annual revenue, which includes investing in Ōpotiki Harbour and mussel farming in the Bay of Plenty. Nelson AI Institute provides AI services to the aquaculture sector to improve prosperity, competitiveness, and sustainability. Biotech startup NewFish, which is fermenting microalgae to create new sustainable food sources, raised a pre-seed round of NZ$1.3 million in April 2022.

Reasons to Move Your Startup to New Zealand

New Zealand offers entrepreneurs and companies stability, streamlined regulations, limited bureaucracy, and a favorable tax environment. The R&D Tax Incentive allows businesses to claim a 15% tax credit on eligible costs, reducing the income tax they need to pay. Loss-making businesses can apply to have this tax credit refunded or carried forward. Consumer spending has been growing steadily over the last several years.

New Zealand outperforms the global average in income, jobs, education, health, environmental quality, social connections, civic engagement, and life satisfaction, according to the OECD Better Life Index. Average household net-adjusted disposable income per capita in New Zealand is more than $8,000 above the OECD average. Wellington ranked #11 in the Numbeo Cost of Life Rankings 2022. New Zealand also benefits from a strong sense of community — 95% of people believe that they know someone they could rely on in time of need.

The consortium of partners leading participation in this year’s report illustrate the close working within New Zealand’s startup ecosystem. We bring knowledge and experience from diverse areas including angel and seed capital, community engagement, the technology and innovation sector, trade and enterprise, and central government. Collectively we strive to build an excellent environment for startups and their founders, especially where they want to make a positive impact to society, the economy and the environment. “E hara taku toa, i te toa takitahi, he toa takitini." (“Success is not the work of one but the work of many”—Māori proverb.)

"With leadership from The New Zealand Startup Partnership the startup ecosystem has achieved tremendous growth, including seven exits and a doubling of its ecosystem value. New Zealand went up seven ranks to join the Top 35 Emerging Ecosystems."
JF Gauthier, Founder & CEO of Startup Genome

Callaghan Innovation is New Zealand’s innovation agency. They partner with businesses of all sizes to activate innovation and help businesses grow through innovation funding, capability support, and providing R&D solutions to help commercialisation.

GEN NZ’s mission is to connect entrepreneurs to the people and resources they need to thrive. They are building an accessible, diverse, and sustainable ecosystem in Aotearoa New Zealand that generates significant economic and social returns.

New Zealand's Startup Genome Agora Dinner
Dil Khosa
Ambassador
New Zealand’s Business Prowess Extends to Startups
Sean Ludwig
Startup Genome
If technology is making us unhappy, then it could also be the answer to happiness
Dil Khosa
Ambassador
Dil Khosa
In the last decade, I have worked in tech & science startup development, across the New Zealand ecosystem. My next goal is to be able to connect & make cohesive, disparate parts of this ecosystem as well as bring more diversity to it. As a small nation, we have to work together to build a sustainable knowledge and digital economy (currently the 3rd contributor to our GDP). I am here to support this goal as part of a connected ecosystem. 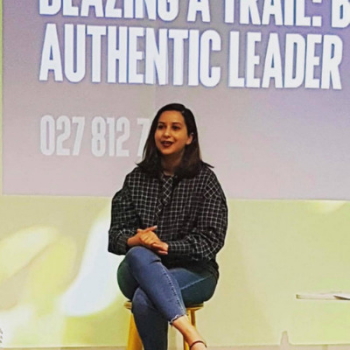 Jackie Young
Connecting entrepreneurs, academics and industry through the ecentre business incubator at Massey University. Originally from Seattle, Jackie brings international experience and perspectives to New Zealand's dynamic innovation ecosystem.
Would you like to be an ambassador in New Zealand?
Contact Us