Startup Genome
on January 14, 2019
The secret is out on Taipei City. The startup hotbed has some of the most tech-savvy citizens worldwide with 88% of locals connected to the internet and 75% owning a smartphone. Taipei's techie talent base is supported by Taiwan’s Ministry of Science & Technology which has invested a tremendous amount of resources and capital to boost the local startup ecosystem. Taiwan also has a history of economic prowess: the country has produced the largest electronics contract manufacturing company and two of the largest pure-play chipmakers. Now, Taipei City is strategically developing a globally competitive startup ecosystem with a focus on AI, Biotechnology, and Advanced Manufacturing & Robotics.

Live Taipei Startup Survey link! Local founders can take the survey now to be included in the 2019 report. 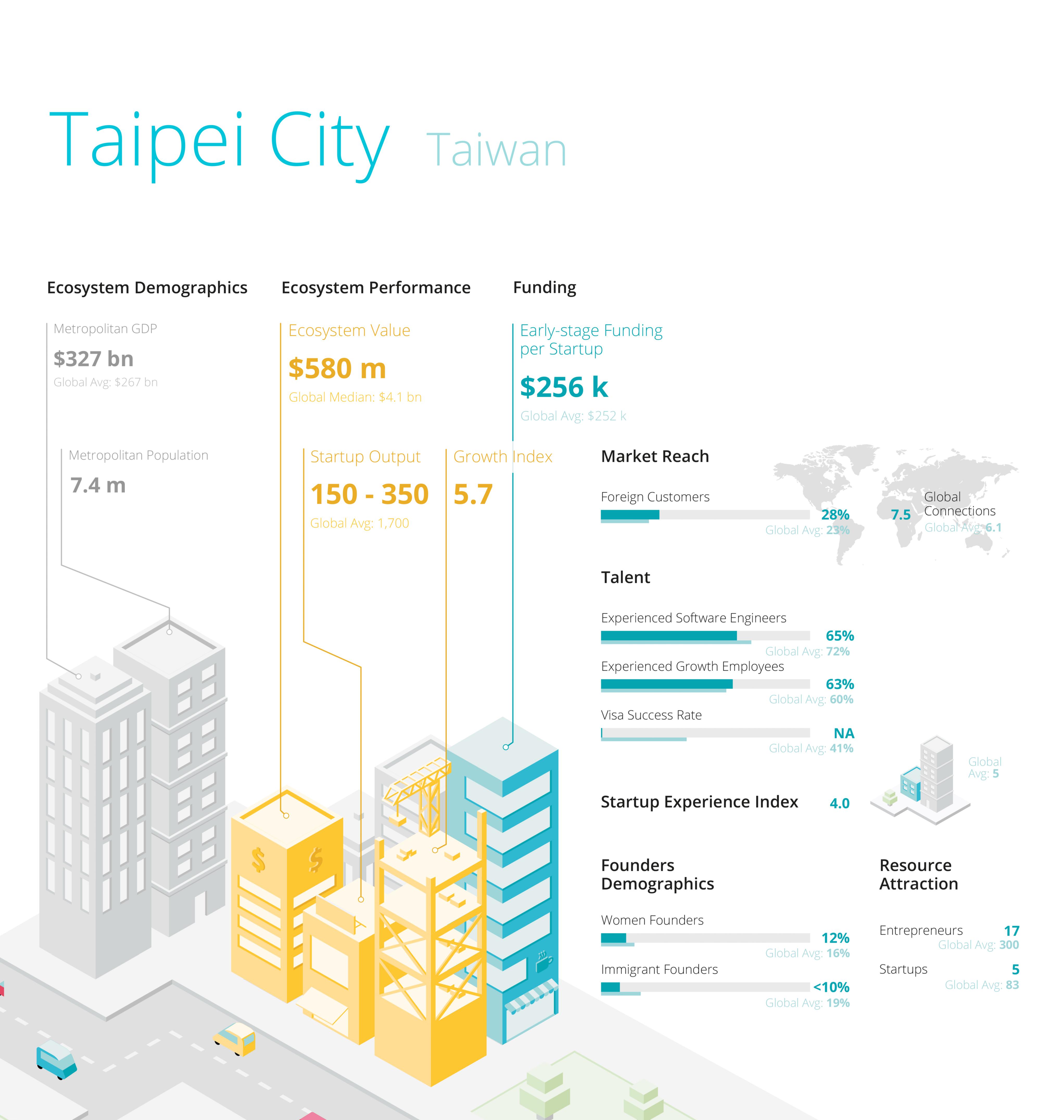 Here, we provide some highlights of how well those sub-sectors are developing in Taipei City. For a deeper dive, be sure to check out Startup Genome’s 2018 Global Startup Ecosystem Report.

In the 2019 Global Startup Ecosystem Report, Startup Genome will update this analysis and provide new benchmarking for Taipei City and dozens of other startup ecosystems. We’re currently collecting founder surveys from the leaders of tech-enabled business under 10 years old in the area. Taipei founders that participate receive an individualized assessment benchmarking their startup locally and against 45+ ecosystems worldwide, as well as discounts and access to software and services. To take the 10-15 minutes survey by 1/31/19, click here.