Amsterdam and Stockholm: Drawing Inspiration from the Best to Build the Startup Ecosystem of the Future

The following post is by Liette Lamonde, co-founder of Bonjour Startup Montréal.

Patrick Gagné and I recently visited Stockholm and Amsterdam, two dynamic and promising startup ecosystems, to work towards the growth of Montréal’s startup community. These two cities have indeed been recognized for their startup ingenuity and have been respectively ranked 11th and 15th out of the most dynamic startup ecosystems in the world, according to Startup Genome Global Startup Ecosystem Report 2019.

Where do they draw their success from? How could they inspire Montréal in the building of its future startup ecosystem? Bonjour Startup Montréal led its own investigation and here are some of the key findings.

Attraction poles for international talents
In addition to having demographics and an economic growth similar to Montréal’s, these two European capitals are also international attraction poles. People have an openness, an interest for exportation and equity in their DNA and… they do not have issues with the English language. They are also important university hubs that attract a significant amount of international students.

Amsterdam is the city of tulips, mills, and paintings, but it is also the headquarters of Amsterdam-StartupDelta, a public-private partnership created to boost projects launched in the region’s tech incubators. Amsterdam is the European headquarters of several multinational corporations (Netflix, Uber, Tesla, Salesforce). Thanks to attractive public policies, international graduates get post-graduation work permits (to work in these big companies) and can also start a business with entrepreneur visas.

Stockholm is the city of Skype and Spotify, which is more than enough to attract qualified talents from all over the world. This is why the city has earned the title of Europe’s “unicorn factory”, with almost 20% of the entire workforce working in the tech sector – the highest share compared to any other city in Europe.

“Montréal is on the right path: in 2019 it was ranked as the best student city in North America and in the top 10 worldwide (QS Best Student Cities ranking). Montréal is indeed a paradise for students (250,000 in total out of which 50,000 are foreign students) but also researchers, for its quality of life, for its academic infrastructure, for its focus on artificial intelligence, and it attracts students from all over the world.” Sylvain Carle, Real Ventures

Startup ecosystems built on a strong collaboration mindset
In Amsterdam just like in Stockholm, governments act like catalysts in the development of startup ecosystems while corporations are particularly engaged in collaborating with startups. These cities have managed to help launch startups and scaleups because they realized they were essential for their own economic growth. 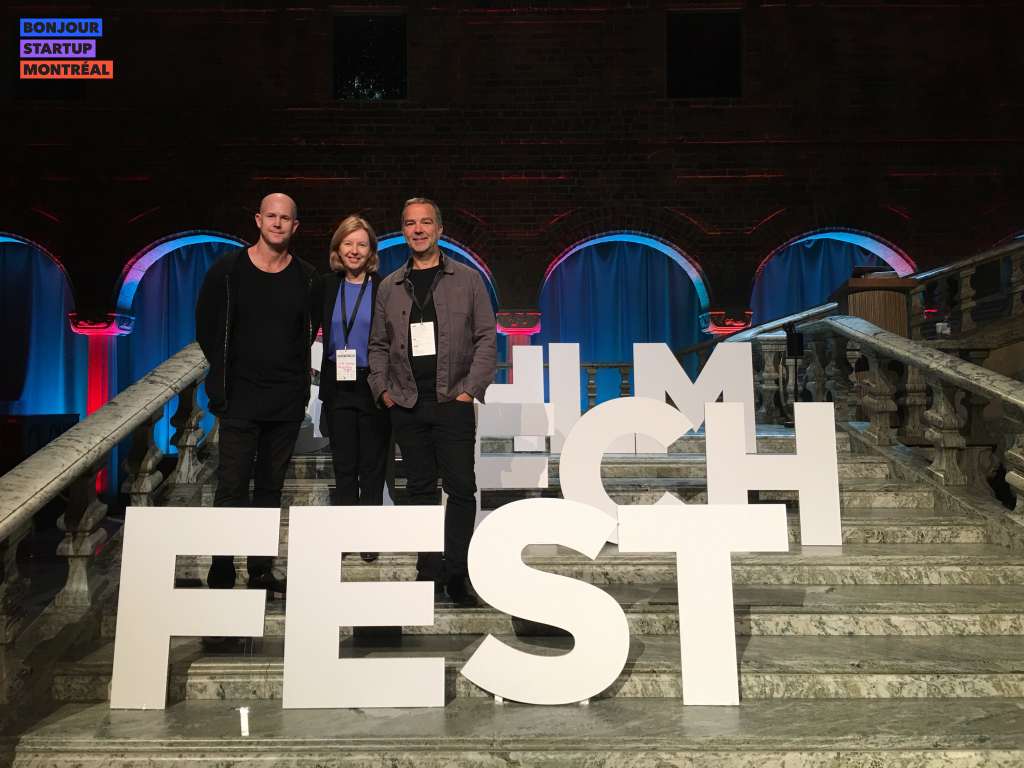 “In Montréal there are not enough mature startups on the market (understood as having a 500-200 employees workforce and $5-10 million annual results). There are roughly 40 of these startups while in Stockholm, a city with similar demographics and economy, this figure is 10 times bigger.” Sylvain Carle, Real Ventures

In both cities, there is a high tendency towards collaboration rather than competition. This global collaboration mindset translates into an ability to engage with global customers from their earliest stages, which in turn translates to a greater scaleup success. Consequently, big corporations become startups clients, all thanks to government incentives.

Amsterdam and Stockholm have managed to transition from traditional to digital economies, while also creating a strong link between traditional industries and the startup ecosystem. Collaboration between companies, governments, and startups is a key asset.

“In Montréal, we are not there yet – we need to work towards having the new economy replace the old one but it will only be possible if we innovate our manufacturing industry and shift our mindsets. Things have started to move with OSMO developing relationships with Agropur and Banque Nationale, and Centech partnering with Thales.” Laurence Audette-Lagueux, Bonjour Startup Montréal

Export to scale
Attracting talents is important yet it is not sufficient to actually strengthen the ecosystem. The next big step is to develop dynamic exportation flows and to do so, having a strong brand identity is key. In Europe, initiatives like Soft-Landing help ecosystems creators to explore other destinations for their startups. In France, Soft-Landing has turned into the French Tech, an organization that creates links between French startups and international markets. Soft Landing helps ecosystem builders explore other startup destinations and high-growth companies expand around Europe and beyond.

European ecosystems have thus developed their brand and identity based on their strengths and expertise: In Amsterdam, looking at international perspectives is inherent to startup development. Amsterdam-StartupDelta sees the Netherlands as the best possible place for starting, growing and internationalizing business, as well as being a gateway to the rest of Europe. In Stockholm, technology is what defines the ecosystem while in Frankfurt, it is finance. 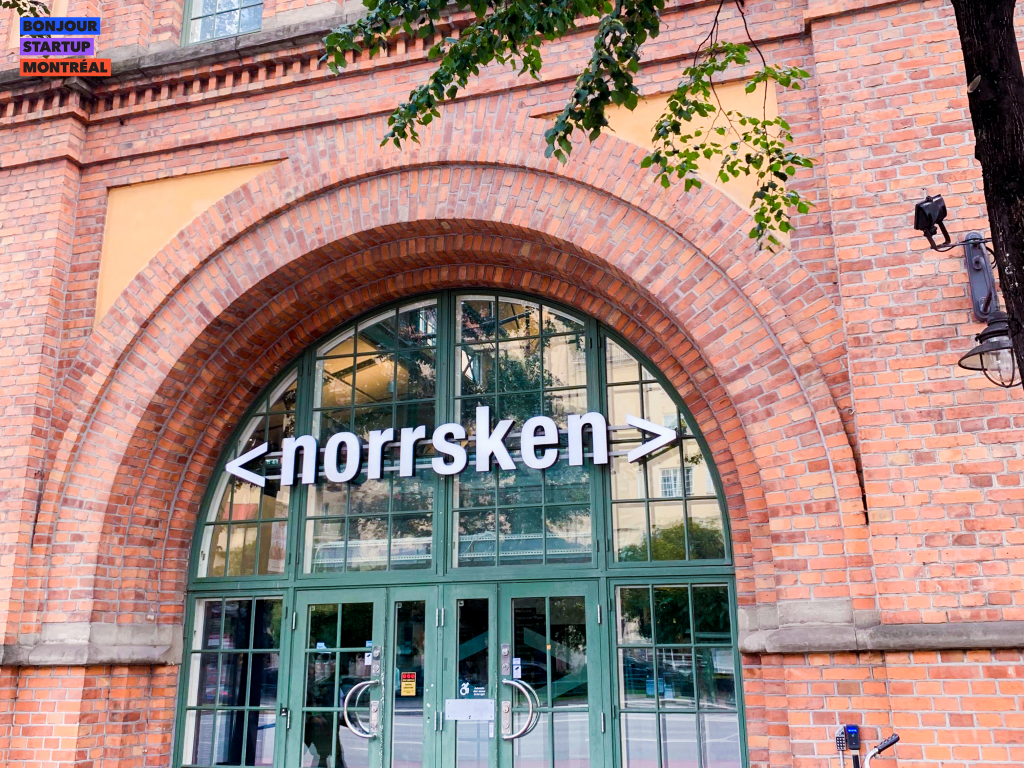 Norrsken House – the largest impact hub in Europe. They host over 300 startups whose goals is to find solutions to societal problems

“In Montréal, it is essential to define what makes us unique to efficiently promote our city and our international results. Incubators have developed complementary skills la Piscine has specialised in culture while l’Esplanade is focused on social impact. This diversity is what makes our ecosystem stronger. These different incubators find strength and added-value in this “coopetition”. This unique identity built in cultural diversity is perhaps what Montréal can raise as a key asset to establish as a launching platform for European startups in North America.” Laurence Audette-Lagueux, Bonjour Startup Montréal

The Startup Genome report says that “there will be no next Silicon Valley, there will be 30”. Knowing that, we have to use what differentiates Montréal from the other cities to earn our place amongst the key ecosystems of the future.

What about you? What would you do to create the Montréal ecosystem of the future? Share your thoughts and ideas on our Slack channel.