How Tokyo Is Building a Smart, Diverse, and Data-Driven City

Tokyo is the economic center of Japan and has long been known as one of the top cities in the world for business and innovation. Observers might associate it with enormous multinational corporations such as Mitsubishi, Honda, and SoftBank, but it also has a quickly developing startup scene being supported by the Tokyo Metropolitan Government (TMG).

As the government sees it, developing startups is a priority because these companies can help fight against some of the challenges in business and population demographics.

“Japan is an aging society and the number of corporations is decreasing,” explains Mr. Masafumi Yonazu, Senior Director for National Strategic Special Zone, Office of the Governor for Policy Planning, TMG. “But Tokyo is a large-scale city and we have a massive market for goods, funds, talent, and information. We are now promoting startups and our ecosystem. It’s a big opportunity for us to foster startups in Japan.”

With nearly 1,200 software startups in the Tokyo startup ecosystem, one of its biggest sub-sector strengths is in the area of Advanced Manufacturing and Robotics. It makes sense given Japan’s leadership in robotics: the country produces half of the world’s global supply.

Another strong sub-sector is Fintech, which aligns well with Tokyo’s position as the fifth most competitive financial center in the world. To leverage its potential, TMG formulated the “Global Financial City: Tokyo” vision in 2017, with the aim of making the city an unrivalled global financial center. As a key step towards this vision, they launched FinTech Business Camp Tokyo, an accelerator program which aims to aims to cultivate business matching and attract foreign companies to Tokyo.

Also, TMG is taking further action to attract foreign companies though the launch of an overseas promotion organization, FinCity.tokyo, and providing free consultation for those companies expanding into Tokyo. Further, TMG established the Tokyo Financial Award in 2018, which recognizes financial institutions developing and providing products and services that meet Tokyo citizens’ needs and challenges in financial innovation. 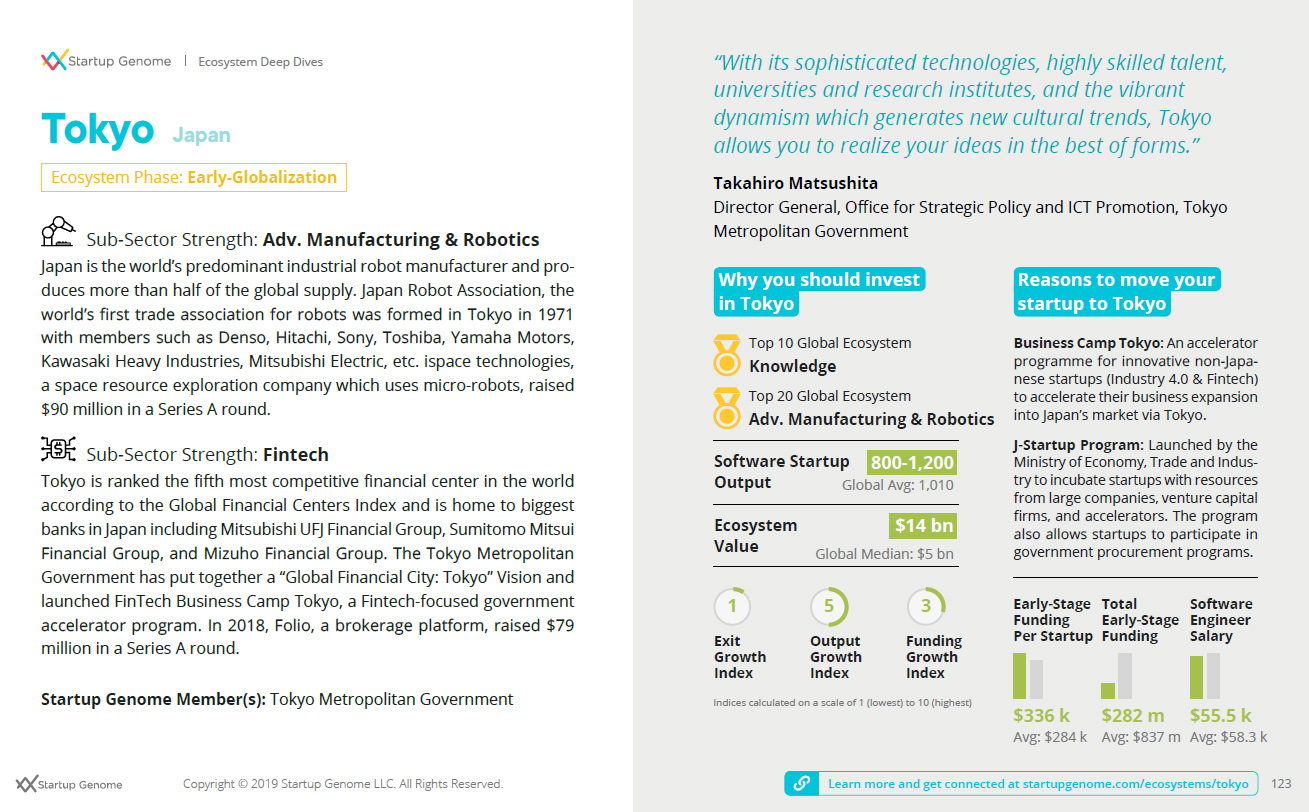 One of Tokyo’s big initiatives now is to attract talent from other countries. It does so with a special visa for entrepreneurs, creating a substantial opportunity for ambitious problem-solvers.

“We have [people from] a vast range of countries that are coming here, including from Africa, Europe, and Asia,” Mr. Yonazu said. “The number of applications for that type of visa are increasing. The national government is also trying to make it more open.”

Looking ahead for the next five years, Mr. Yonazu says government's vision for Tokyo in the future is to be more connected to other ecosystems throughout the world. They also want to be more inclusive and forward-thinking. 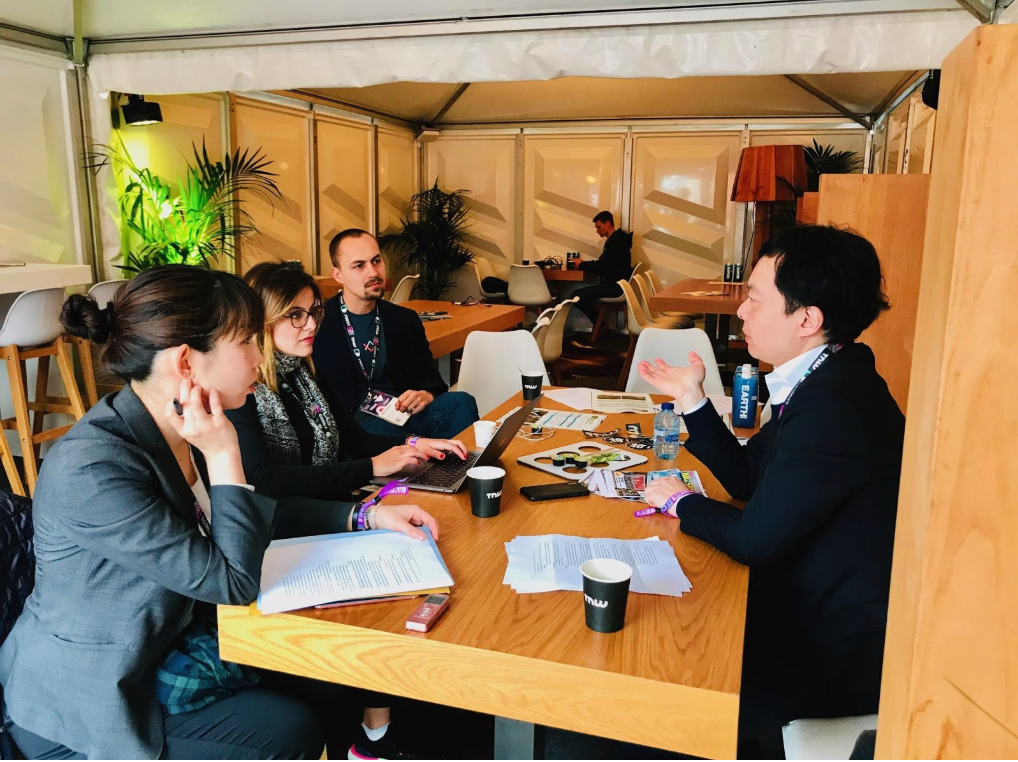 "We want to be smart, safe, and diverse, and we want to be a data-driven society," Mr. Yonazu said. Relying on data and research to take the Tokyo startup ecosystem forward is critical to see through the initiatives being developed to develop and attract high potential founders.

Finally, Mr. Yonazu added that "Most important for us is to have a diverse and wide scope. This includes energy management, transportation, caring for an aging society, education, technology. We have many challenges to solve." TMG is developing an ecosystem where entrepreneurs can become a relevant part of these solutions, contributing to boosting Tokyo's economy.